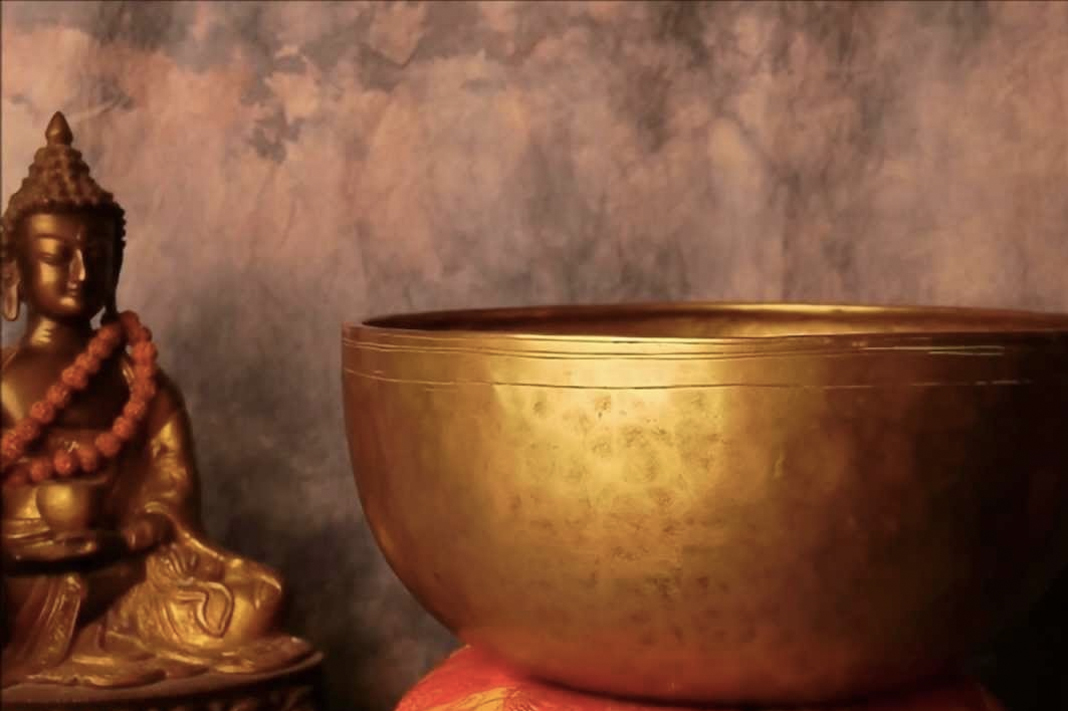 While singing bowls are distinctly Himalayan, they are a remnant of a very ancient craft that did not originate in the Himalayas. In fact, the technology was a late arrival to the region and has been lost everywhere else in the world. Bowls from Mesopotamia made with the same technology have date back 5,000 years. Singing bowls may have sprung from these early Mesopotamian bowls, which were made using virtually the same techniques but slightly different metal. This history means that singing bowls are one of the most ancient continually crafted objects in human history. They are venerated for very good reason.

The details of this long history is largely unknown to us today. Our best guess is that the manufacturing and everyday use of bronze bowls developed and spread over time, leading to the creation of specialized Himalayan singing bowls as musical instruments.

The most likely history is that metal vessels of various types spread from the Near East, across to India and then eventually arriving in Nepal and the Himalayan kingdoms. In Nepal the local artisans became some of the world’s greatest bronze makers. This migration route took centuries. Bronze has been made in Nepal for at least 700 years, perhaps as long as 1,200 years. The oldest known singing bowl from the Himalayas is about 600 years old.

Another possible migration route is from Southeast Asia where bronze making developed in parallel to the Near East and where bronze bells and drums have been discovered dating back up to 4,000 years. Ancient bronze bowls are also found in the region, but they do not seem to be related to singing bowls.

Iran and Thailand are the only regions where tin and copper occur naturally together. Early cultures in both areas learned to produce bronze out of the two metals, which spread to neighboring cultures. Nothing like a singing bowl has been discovered from either Iran or Thailand. Decorative bowls were common in both regions, while ancient bronze drums and bells are well known from Thailand and Cambodia.

However, Mesopotamian bowls are strictly decorative and functional. They were never used to produce sound. The use of bronze bowls to make sound is found in the Himalayas and East Asia only. In India they have a similar tradition using ceramic bowls to produce sound. If singing bowls indeed came from the Near East through India, arriving in Nepal and Asia, we would find a tradition of using singing bowls in India, Pakistan and Afghanistan. However, this is not the case. While there seems to be manufacturing ties to the Near East, the use of the bowls for sound is completely unique to the Himalayas and East Asia. Here is where I believe there is a fusion of cultural influences which created something completely new 600 – 800 years ago.

When and where the first sound producing bowls were made is unknown. Perhaps someone in Nepal discovered that their dinner bowl made a nice sound and then sought to improve on the idea. Perhaps someone in China turned a suspended bell upside down and noticed it looked like a bowl. Whatever happened, someone discovered a musical instrument that has perhaps the nicest sound of any instrument ever made. The unique combination of manufacturing technique, shape and metal content produced a magic result which spread across Asia for centuries, mainly in Buddhist countries.

There is a common belief that singing bowls were invented in Tibet and then spread from there to Buddhist countries. This is partially true. The bowls were developed over several centuries in the Himalayan region, mainly Nepal, utilizing ancient metalworking technology from other parts of the world. The manufacturing technology arrived to the region very late in comparison with bronze making in other parts of the world, where bronze making had already been largely forgotten by the time it started being used in the Himalayas. Today there is no other place in the world where this ancient technology still exists. It is our good fortune that technology arrives late to remote areas like the high Himalayas and that we still have the traditional artisans making bronze bowls today as they have for millennia.

In all their forms, singing bowls have been widespread around Asia where they have been used as sound instruments in meditation and music up until today. Himalayan singing bowls produce by far the best sound.

Today singing bowls are still made in the traditional way in India, Japan, Korea and Nepal. Singing bowls from Japan and Korea can be very high quality as they are made for specific religious use. They are quite difficult to find and can be purchased at temple stores only in those countries, or occasionally in specialty shops in the west.

In Nepal the tradition is still alive and strong. Due to the popularity in the West during recent years, they are manufacturing more and the quality improves every year.

Cupping is an ancient Treatment

Cupping is an ancient Treatment