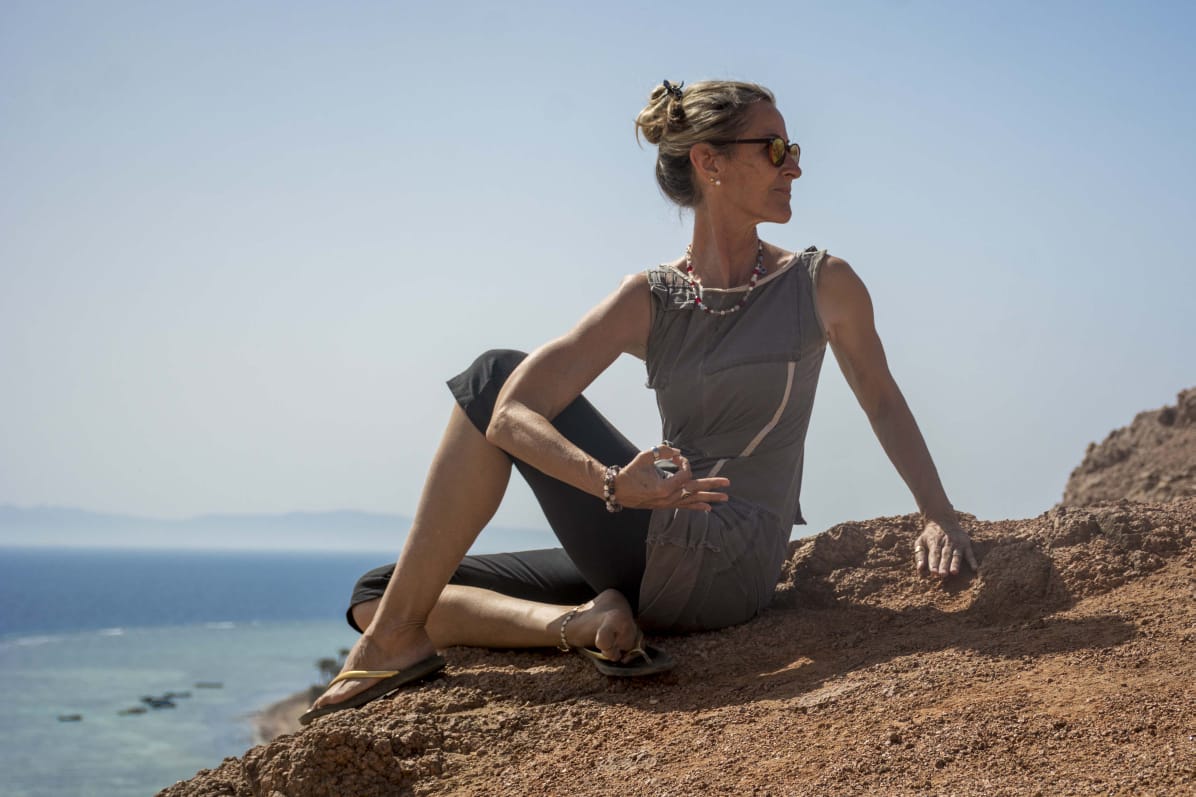 Yoga Sutras and Types of Yoga

Yoga is a discipline of Hindu origins. The term comes from the Sanskrit, yuj, which is roughly translated to mean "practice" or "discipline." While many people think of it as exercising on a mat, it is far more than just the basic asanas (poses). It also involves other disciplines, such as meditation.

In Western countries, the practice of yoga often involves going to a class (or watching a video), rolling out your mat, and breathing your way through various poses, also known as asanas. While these are, indeed, some of the practices of yoga, many yogis and yoginis also follow other practices that are part of the discipline. There are eight sutras (or limbs) of yoga, each with a unique purpose.

This refers to a set of personal ethics. In yoga, these include nonviolence, being truthful, not stealing, control of physical excesses and possessing only as much as is needed. These lay the foundation for the entire practice of yoga and underlie all other sutras.

Niyama means self-discipline, and it is essentially a spiritual practice, such as the development of regular meditation or prayerful practices.

Asanas, or poses, are the most well-known yoga practices. These are the stretches and contortions made during a yoga practice, and they exist to facilitate the movement of prana, or life force throughout the body. All the poses have names - typically a Sanskrit name of an animal or anything of nature:

There are hundreds of yoga poses that facilitate prana flow, and you'll find they are called different things in different types of yoga. During a yoga class, you flow from one pose to another in a series of asanas designed by tradition it comes from or your yoga teacher.

Pranayama is also known as yoga breathing, and it is a key component. The purpose of pranayama is the control of prana, or life force. There are many pranayama exercises offered, such as alternate nostril breathing, which are practices by themselves. However, pranayama is in some traditions combined with asanas to deepen the practice of each. For example, some yoga instructors encourage a type of breathing called ujjayi breathing with asanas to warm the body and calm the mind.

In pratyahara, one withdraws from external stimuli to achieve transcendence from sensory input. The focus is guided inside.

Dharana, or concentration, is a sense of focus without distraction. One can achieve dhrana through focus during asanas.

Dhyana is the meditation or contemplation sutra of yoga. In yoga, meditation helps to quiet the mind and bring one to a state of presence or awareness. In a typical yoga class, you may find meditation at the end when you lie on the floor in savasana (corpse pose) for several minutes while you quiet your mind. Following a personal meditation practice could also be defined as this sutra.

This is the final limb of yoga that refers to transcendence or a state of ecstasy. By following each limb of yoga, this is its ultimate goal or destination.

During the various yoga practices, such as asanas, pranayama and meditation, practitioners also employ hand gestures called mudras. Each gesture has a unique energy and supports the flow of energy to various aspects of life. For example, the pran mudra represents life force while surabhi mudra stimulates wish fulfillment.

With the basic practices in place, one can engage in various types or forms of yoga. While there are many, some types are more commonly available.

Almost all the yoga you see people practicing is, in fact, Hatha Yoga. Hatha Yoga is essentially the physical poses, or asanas, that you assume.

But in modern terms, this has evolved to mean a type of yoga that focuses on slow, gentle movements, holding the asanas for a few breaths before transitioning to the next. So if you’re a beginner looking to explore yoga, this is a good place to start! Hatha yoga is even suited for those of you looking for a more meaningful experience.

This type of yoga isn’t as free-flowing as some of the others. You will learn a sequence of positions that are held for a defined period of time. Often people will use props, like blocks and ropes, to help their body become molded into certain positions.

If you’re looking for more of a spiritual connection, however, you might want to consider exploring Kundalini Yoga. This form of yoga combines sequences of movements (known as kriyas), with breathing techniques, meditation and chanting.

This method helps you to awaken the Kundalini, the spiritual energy believed to rest at the base of your spine. Don’t look at this purely as physical exercise; this type of yoga aims to connect you to your consciousness and help you unleash your true potential.

Sometimes called power yoga, Ashtanga yoga takes you through a set sequence of asanas focused on power while focusing on breathing. This is a powerful workout that will leave you sweating.

Referred to as the ‘Mysore school of yoga’, Ashtanga Vinyasa Yoga follows a series of set sequences of asanas combined with a specific alignment of breaths. With its intense form of physical movement, you should consider this as more of power yoga.

This type is still practiced widely but is technically no longer considered a traditional form of yoga in India. There are now several differences compared to the original concept as westerners have since added to the practice. However, you should consider this if you want a more physical and independent type of yoga as practitioners are largely expected to know and follow the routines themselves.

The cousin to Ashtanga yoga, Vinyasa yoga links breath to movement. This form of yoga focuses on the transitions between asanas and the smooth flow of movement throughout a session.

For people in need of physical, emotional, or mental restoration, restorative yoga is a slow, gentle form of yoga mostly performed with sitting or lying poses held for long periods.

While many people consider yoga a path following all eight sutras, others use it as a form of physical activity and relaxation. Regardless of your goals, there is a yoga practice for you, whether you just want to dip your toes in or you wish to go full-on philosophical with yoga as a spiritual discipline that guides your life choices.