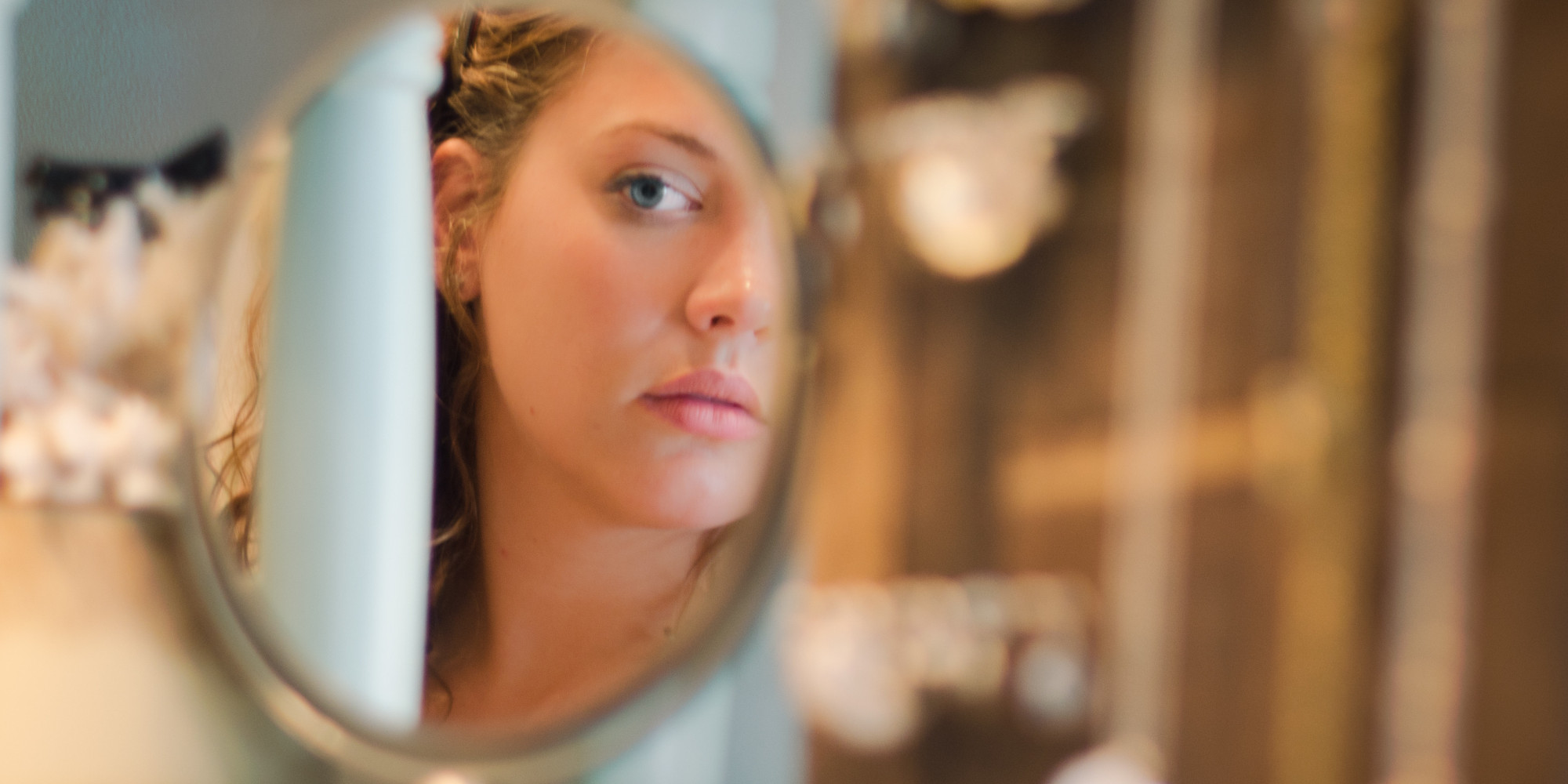 Your consciousness is who you are, your experience of Being.

When these decisions leave you with residual stress, you experience the stress as if in your physical body.

We know that stress creates symptoms. The interesting question is, “Which stress creates which symptoms?” When we are able to quantify this process, we are then able to see the body as a map of the person’s consciousness, relating particular symptoms to particular stresses and particular ways of being, in the same way that Type “A” Behavior has been able to be associated with heart disease.

Everything Starts In Your Consciousness

To understand this map, we must first orient ourselves to the idea that the causes of symptoms are within. While it’s true that germs cause disease and accidents cause injuries, it is also true that this happens in accordance with what is happening in the consciousness of the person involved.

Germs are everywhere. Why are some people affected and not others? Something different is happening in their consciousness.

Why do some patients in hospitals respond better to treatment than others? They have different attitudes. Something different is happening in their consciousness When someone is injured in an “accident,” why is it that a very specific part of the body is affected, and that it is the same part that has had habitual problems? Is that an “accident,” or is there a pattern and an order to the way things happen in our bodies?

You Are A Being of Energy

Your consciousness, your experience of Being, who you really are, is energy. We can call it “Life Energy” for now. This energy does not just live in your brain; it fills your entire body. Your consciousness is connected to every cell in your body. Through your consciousness, you can communicate with every organ and every tissue, and a number of therapies are based on this communication with the organs which have been affected by some kind of symptom or disorder.

Thus, we have an interesting direction of manifestation shown through what we have described.

1. A change of consciousness creates a change in the energy field.

The direction of manifestation is from the consciousness, through the energy field, to the physical body.

We Each Create Our Reality

When someone makes a decision that leaves them with stress, creating a blockage in the energy field with a sufficient degree of intensity, this creates a symptom on the physical level. The symptom speaks a certain language, which reflects the idea that we each create our own reality. When the symptom is described from that point of view, the metaphoric significance of the symptom becomes clear. Thus, instead of saying, “I can’t see,” the person would have to say, “I have been keeping myself from seeing something.” If they cannot walk, they would have to say, “I have been keeping myself from walking away from something.” And so on. We must understand that there are no accidents and no coincidences. Things do happen according to a pattern and order.

We can say that we have an inner guidance system, a connection to our Higher Self, or our Inner Being, or whatever name we choose to give this Higher Intelligence. This inner guidance system functions through what we call our intuition, or our instinct. It speaks a very simple language. Either it feels good, or it doesn’t. All the rest is just politics.

Then, the voice must get louder. The next level of communication is through the emotions. As we move more and more in the direction that feels not-good, we experience more and more emotions that feel not-good, and at some point we can say, “I should have listened to myself when I thought to move in the other direction.” That meant that we heard the inner voice. Otherwise, we could not have said, “I should have listened.” If we make the decision we know is the right one for us, and therefore change direction, there is a release of tension, we feel better, and we know we are again on the right track.

If we continue to move in the direction that feels not-good, the communication reaches the physical level. We create a symptom, and the symptom speaks a language which reflects the idea that we each create our own reality. When we describe the symptom from that point of view, we can understand the message.

If we change our way of being, we have received the message, and the symptom has no further reason for being. It is able to be released, according to whatever we allow ourselves to believe is possible.

Eventually, something happens to create a symptom on the physical level, and their right arm is affected. It could have happened through falling from a ladder, or in an automobile accident, or by pinching a nerve in the neck, or by “sleeping in a draft.”

The effect is that the person cannot move their arm. They are keeping themselves from reaching for something, and since it is the right arm, on the “will” side of the body, they are keeping themselves from reaching for or going for what they want. They have been giving themselves reasons to not believe that they could have what they want. When they begin to do something different in their consciousness, they notice that something different begins to happen with their arm, and the symptom is able to be released.

Learn to understand the language of your body

Develop a greater sense of value and appreciation for your body. You’ll have the greatest tool in your hands so that you can manifest the life you want in a healthy and energetic body.

Chakras And The Map

To understand the map of the consciousness that the body represents, we can turn to some ancient Hindu traditions which have been studying consciousness for thousands of years, and which use the language of the chakras.

The chakras are not physical. They are aspects of consciousness in the same way that the auras are aspects of consciousness The chakras are more dense than the auras, but not as dense as the physical body, but they interact with the physical body through two major vehicles, the endocrine system and the nervous system. Each of the seven chakras is associated with one of the seven endocrine glands, and also with a particular group of nerves called a plexus. Thus, each chakra can be associated with particular parts of the body and particular functions within the body controlled by that plexus or that endocrine gland associated with that chakra.

When there is tension in a particular part of your consciousness, and therefore in the chakra associated with that part of your consciousness, the tension is detected by the nerves of the plexus associated with that chakra, and communicated to the parts of the body controlled by that plexus. When the tension continues over a period of time, or reaches a particular degree of intensity, the person creates a symptom on the physical level. Again, the symptom served to communicate to the person through their body what they had been doing to themselves in their consciousness. When the person changes something about their way of being, they are able to release the stress that had been creating the symptom, and they are then able to return to their natural state of balance and health.

When we are reading the body as a map of the consciousness within, we work with the idea that the tensions in the body represent tensions in the person’s consciousness concerning what was happening in the person’s life at the time that the symptom developed. The person was feeling stress about something that was happening in their life at that time.

We are going to examine the map of consciousness that the chakras provide, in order to understand the language of the symptoms that are associated with each chakra. In order to complete this map, however, we also need to look at ourselves as each a polarity of yin and yang, feminine and masculine characteristics.

For most people, their right side is their yang side, their will side, their acting or active side, and the left side is their yin side, their female side, their feeling or adaptive side. For people who were born left-handed, this polarity is reversed. Thus, for a right-handed person, their right leg can be described as their will leg, or their male leg, or the foundation of their will, but for a left-handed person, their left leg would be their male leg or will leg, and so on. Thus, we can talk about the will arm, or the will eye, or the will nostril, etc., and which side it is on will depend upon whether the person is right-handed or left-handed at birth.

Each of the chakras is energy vibrating at a certain frequency, in a logical and orderly sequence of seven vibrations. As we move up the scale, the elements become more and more subtle, moving through the five physical elements of earth, water, fire, air, and ether, to the spiritual elements of inner sound and inner light. The heaviest element is on the bottom, the lightest on the top. It is a logical and orderly sequence.

The colors of the spectrum also represent a series of seven vibrations in a logical and orderly sequence, as do the notes of the musical scale. Thus, we can put the heaviest vibrations or the longest wavelength on the bottom and the lightest on the top, and a particular color can be used to represent a chakra in its clear state, as can a particular musical note. Music played in a certain key vibrates a particular chakra, and we feel a particular way when we hear that music. Our relationship with a certain color says something about our relationship with the part of our consciousness that the color represents.

If it were only a question of doing what is necessary for the person to be happy, that would be reason enough to motivate the person to want to change something that doesn’t work for them, but here, we see that it is also a matter of health. The issues that are unresolved in a person’s life are, in fact, hazardous to their health.

When we see the correspondences between the consciousness and the body, we see the degree to which we each create our reality. In fact, those words begin to take on a new meaning. We see how everything begins in our consciousness and we are able to look around us at other aspects of our lives in the same way.

The logical conclusion of this process is that anything can be healed.

By becoming more aware and learning to guide your focus on where healing can happen you will learn how to read and understand the signs of your body. This is a step-by-step process and starts with increasing your focus.

Evaluate the state of your focus and care for yourself better.

Get FREE Assessment
Previous
Next

Become curious rather then frozen

Become curious rather then frozen